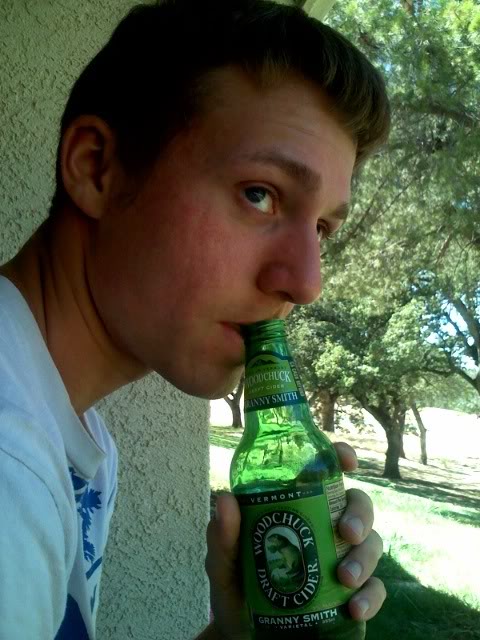 For some reason I want to post pictures and other random nonsense for the rest of the internet world to see. All updates will be added to the bottom of the page.. to keep in order.

Flight from STL to PHX

Flight from PHX to SAC

Day Three (Friday)
Got a tour of the base, saw die hard 4 again, and went to a party at the dorms on the base. Saw an angry drunk throw the beer pong table then proceed to stomp on it like it was the devil, another guy piss on some rando’s door, the angry drunk take a piss while flipping hamburgers on the grill, a different guy spray off in his eyes only to wash it out with beer. Sorry I didn’t get pictures of any of that. I was laughing to hard. I did get a picture of the beer pong table though as some girl is tracing another girl’s outline on it.


Top
Day Four (Saturday)
My family showed up today, and Kara! Alston and Jamie took me to a super awesome liquor store that has everything imaginable. I got apple cider beer and it’s delicious. Evan said I smell like sex. Alston plays wow, and he takes pictures of it. haha.

Day Five (Sunday)
Recover day for my family. Did nothing but play basketball on an awesome incline and then drank a lot.

Day Seven (Tuesday)
San Francisco is nice enough. Why anyone would ever live there I don’t know. Pier 39 was fun. Lots of shops and what not. Alcatraz. The Golden Gate Bridge was much too foggy for any pictures at all. Saw where the giants play and where Bonds hits all his home runs into the bay. My dad was an assistant for some jugglers street show. He held her up while she juggled fire sticks. And he wore bells for tits and rang them while she juggled.

Day Eight (Wednesday)
Played mini-golf and it was hot hot. Thats all, we leave tomorrow for Vegas.
Top

Day Nine (Thursday)
After a long 11 hours spent in the van we finally make it to Vegas. It looks just like it does on a postcard or tv except a lot more bums. And these aren’t your normal run of the mill drunk bums. Its like they’ve been taking hits of car exhaust all day and then walk around like zombies all night.
Top

Day Ten (Friday)
Why is it when you are at Hoover Dam all you can think about is Clark Griswald? It is ginourmous though.. Nothing compared to the Grand Canyon. Even on a day where fog is all you can see for miles, its still amazing. We are staying in Winslow, AZ tonight.
Top

Days Eleven – Twelve (Saturday-Sunday)
Wow. We went twelve hours in the van (14 with the time change). Drove through half of the hurricane that was left and decided to stop in Hinton, OK. The storm stays on top of us and the power goes out at the hotel. So very little sleep and then we sleep in til 8 and wake up only to find out the storm has flooded half of oklahoma and the interstate is closed. So more waiting and then finally they open them up at almost ten. We go for it and end up making it home after having to drive through the entire storm for a second time. So yeah I’m home now. I miss my sister and brother already. If you are reading this Alston then I have one question for you, why aren’t you playing wow right now?!