Adam and I went to Chicago last weekend to take in a live Bob and David show at the Lakeshore Theatre.  After waiting out in the rain for a half hour later than doors were supposed to open we finally got in and were seated by an usher in the 4th row.  Thanks for that, guy!  No, we didn’t buy 4th row seats but we sure as shit took them like we did!  Here’s the view of the stage from our seats.  But first we had some delicious Chipotle. 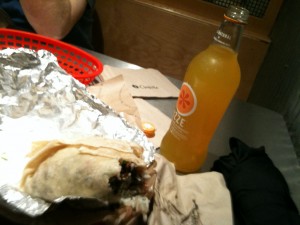 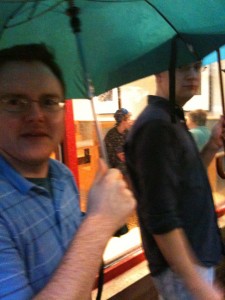 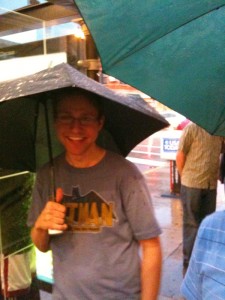 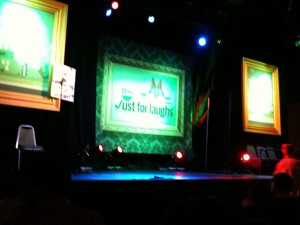 Me in my seat. 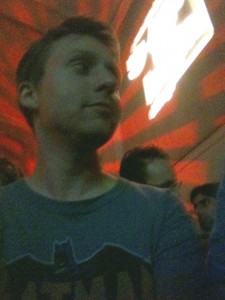 On Saturday we went to some nice little artsy theatre that was showing Moon.  Decent flick.  We talk more about it on Episode 15 of the podcast.  Check out this wall that they had of movie posters.. pretty awesome to say the least.  I can’t even explain the scale either.  It’s a huge wall full of HUGE posters. 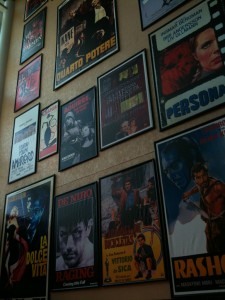 Then we walked over to some Thai place that had some damn fine food, at least I thought so.  Adam snapped this pic of me, good work. 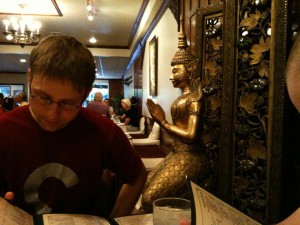 Then had some Newcastle on draft at some bar that I would never go to on my own. 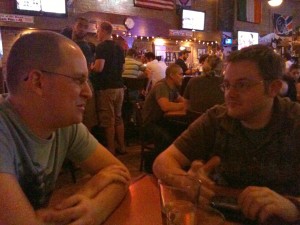 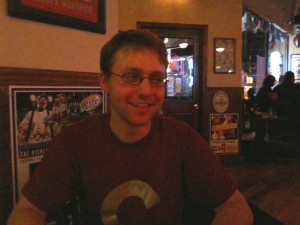 And finally a shot of my delicious skillet that we had before the drive home.  GD why doesn’t Denny’s have these anymore? 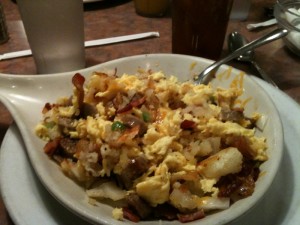 Then we were welcomed by a shit ass storm when we got back to town.  A sign that we should’ve never came back but we did get this out of it. 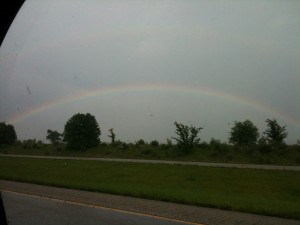