Skip to content
You are here:HomeBlogging just to blog. Am I wrong to assume every woman is just like you?

Blew through the tax money with profound quickness. Bought a new bed, had carpet installed in two rooms, have to get new plumbing for outside the house, paid off the credit card, bought some new stuff for the house and that’s it. Gone like that. Pics soon, still working on decorating. (Curtains, walls, etc.)

If you aren’t watching the Ricky Gervais Show then you are missing out on some really funny banter.

My team won at the SCHS Booster trivia night. Some of that shit was hard but we managed to beat a table full of teachers and educated folk.

Watched Le Mepris(Contempt) this weekend for what will surely be the first of many times. What a great great film. I halfway enjoy Godard films before this one but wow, it just feels like every word spoken was pulled out of a relationship and not too mention the stuff about film making is just great. So, I go to see about buying the Criterion of it and of course it’s out of print and now Studio Canal has the rights to it? What the fuck, Criterion? Really starting to piss me off with all these teases. First you said it was gonna be a blu-ray just like Ran and then you yank them both and gay ass Studio Canal puts out shit ass versions of them… Thanks.

Stefanie is chugging along just fine if you are wondering. As it sits right now she is 15 weeks and barely starting to show. It’s a cute little pouch on her belly. Also, I have some videos of Kiara that I need to get around to editing to post for people as well.

Been getting a lot of e-mails from people who used to be members on the forum at PDF Screenplays. I have sent you all the same reply back that is copied below. I don’t have time to sit and chat with each and everyone of you so sorry to say but you get a lame ass reply but it’s mostly true.

I am planning on getting a ton of e-mails just like yours from the members of the site. Truth is, it was great while it lasted but ultimately I can’t make this site be what I want it to be. I’ve tried. I was recently married and have a kid on the way so I definitely don’t have the time to be trying to track down people for leaking scripts or anything like that. I could care less who has accounts on DDP. That wasn’t the issue. The issue was that all of the scripts that were posted on our site were showing up in Limama’s mediafire account within a few days after being posted on our site and ultimately this ended up costing people their jobs. (I think so anyway, I haven’t heard the final say on it but last I knew someone from an agency was gonna be fired.) Plus the site was being name dropped like crazy around multiple agencies because of it. It should have just stayed on the forum but no, people can’t let that happen. I have left a few accounts active, mostly the mods and such just so that they can still trade with each other or whatever. I am glad that the site has helped so many people in their careers and journeys and now I need to focus on mine. Thanks for being a contributing member of the site. I don’t know what else to say. I wish it was easier to run a script site and I would have known the things I know now in the beginning.

So that’s it. Please stop e-mailing me about it repeatedly or spamming the shoutbox with how to get back in because you aren’t going to get back in. Sorry. Also, there is a podcast in the editing right now which will probably end up being my favorite episode of them all. It’s just enjoyable in my opinion.

April should be a great month for music. If you are into decent music that is. PMToday’s new release in on April 6th and then Coheed and Cambria’s 5th album comes out on the 13th. An album that will most likely suck like their last two have but you never know. Then to cap it all off Circa Survive drops on the 20th. Most likely to be my favorite of the three releases but I am quite curious about the new PMToday. Been listening to their first CD a lot and it just stays good. 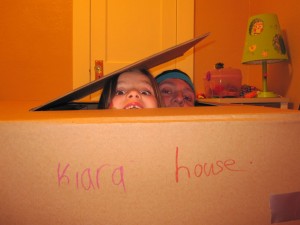