Skip to content
You are here:HomeBlogging just to blog. I am delusional with love. 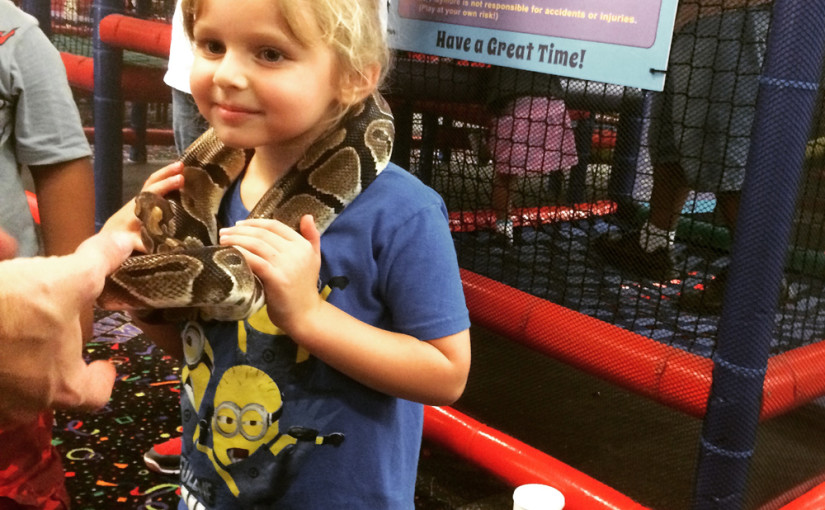 Next week will be 2 months since we moved. I think everyone is settling in well. I think Penelope misses being close to family but she’s getting there.

I started a job a month ago. Not sure if it’s something I want to keep doing though. I’ve never worked outside full time and that’s all this is and it is hot here. Plus still not sure what to make of the company. So many rules and corporate bs.

I was going to tour the apartment but I’m too lazy to do that but here’s a few pics I’ve taken since we’ve been here. 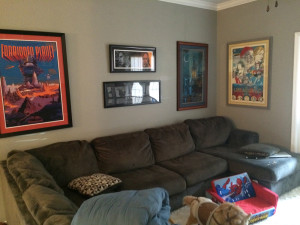 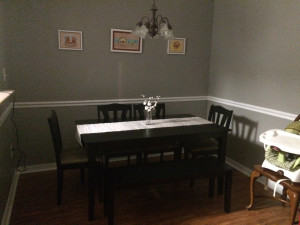 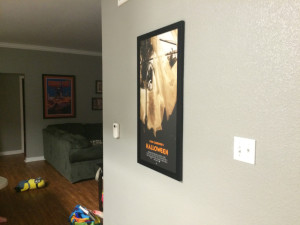 We took the kids to a big play place. That day they were having a reptile show as well. Penelope for some damn reason decided she wanted to hold a snake. Nuts. 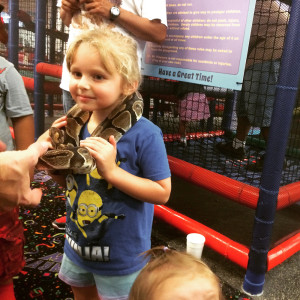 Stefanie got a full time job when her contract runs out in October. Hopefully it works out for us. Ever since we moved here I worry so much more about safety. Not just with the kids but there seems to be wrecks all the time. I tell her when she leaves to Drive Safe. I remember a long time ago reading a blog where the writer was talking how his friend died in a crash when he left his house and now he says “drive safe” instead of “bye.” I think of that every time she leaves and I say it. Being down here with just us I can’t even begin to think about how crappy it would be if something happened to one of us. The other would be all alone with the kids and no family. That’s one of the disadvantages of being but I mean, families face that everyday so it shouldn’t weigh on me as much as it does. I spend a lot of time running through scenario’s if something did happen which isn’t really a good state of mind to be in. I used to never do that. I’d never plan, just live each day, what the hell has having kids done to me?