Skip to content
You are here:HomeBlogging just to blog. Now I’m just worn out. And I’ll ache like this forever I think. 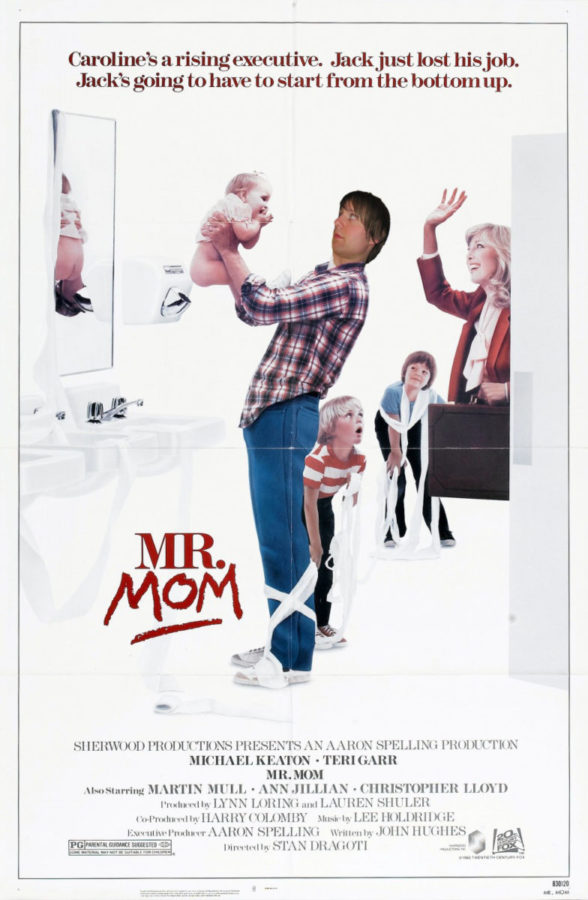 In terms of trying to be more open and blog more often I’ve been thinking about random topics that I could expand on that maybe aren’t so normal to everyone. (Depression, marriage, kids, getting older, etc.) Maybe I will work up to a couple of those as even though I have plenty of thoughts on them I also don’t feel like the response to them would be ideal. One that I can elaborate on without giving too much of myself away is being a stay at home dad and if it is the right decision for you that may be reading this… fair warning, it might get long and winded at times but I’m going to try to be as thorough as I can be so that if you are in the position of trying to decide if you want to be a stay at home parent or not, that I cover all the bases and thoughts that I’ve developed over the last couple years of being one.

“We had just moved to Texas and knew nobody.”

First things first, you can find plenty of blogs where guys are saying that it’s great. And I would agree to a point. There are a lot of questions you need to ask yourself before you decide it’s something you want to do. Like, is there a real reason behind it? For us, we had went through some issues with our oldest where she needed to be supervised and not alone so I quit my full time job as I made less money than Stefanie. It was sudden and wasn’t really discussed a lot because it was basically putting family first in that situation. I would recommend that you avoid that option. Especially if you aren’t very accepting of change. Going from working full time for 14 years to sitting at the house with my kids was good for a while but I got very lonely. Relationships that you have at work, even if they couldn’t be considered friendships, are at least people that are older than your kids that you can talk to.

The outside factor to all of this but also another point to consider. We had just moved to Texas and knew nobody. We had no family nearby to rely on or to interact with. It was tough. Maybe if you are going to be a SAHP (stay at home parent) you will have family members near that you can still be around or have them watch your kids so you can get some time away. We did not have that. It was the kids and me 24/7. And it still is. Luckily we have made some friends since then so I can get some interaction with others besides my kids but there was a time where it was incredibly lonely. You have to realize that your kids are #1 and if you want to go to a movie or hang out with friends that that might not be an option anymore. That outlet that you once might have had is no longer.

I don’t want this to sound all negative or anything so I’ll talk about something positive for a run. You get to see your kids every single day! You don’t miss a thing. There isn’t a missed poop on either end if you live in my house. When you have kids you lose privacy anyway but being a SAHP it goes to another level. The kids will tail your every move. If I’m working out, they are in the room. Pooping, they are in the room. Dishes, they are playing in the bubbles. Mowing, they are on the trampoline. Point is, get used to your BFF being your kids. Some days they can drive me insane but when I think about how seeing them grow and learn and to witness it all firsthand, it’s amazing. Plus there isn’t any concern about a day care or anything and obviously no extra money going towards day care which helps and brings me to next thing….

“All I can do is help out anyway I can when it comes to income and praise her for being a totally awesome wife and mom.”

money. Hopefully you don’t have hobbies or interests that require a lot of money because as a SAHP you might not have any income. Or maybe you do some work from home but for this instance we will say you don’t. My wife is a warrior and the bread winner for our family. She supports us every week and I know my kids don’t realize it but she is literally the reason we are living in the house we are and getting to do anything fun that we get to do. I realize this. So I try not to abuse this privilege. I don’t play golf with the boys or go buy video games or anything like that. The only thing that I buy that isn’t groceries is some beer. Which I know she grumps at but yeah.. remember how I said kids can drive you nuts. Sometimes you need a vice. But yeah, if your significant other is okay with you being a SAHP at least have some decency and don’t go and waste all the money that they are earning to support you and your family. I love my wife so much for being the woman that she is even though I wish I could find a job that makes as much as she does so that we could trade places. That’s not likely to happen so all I can do is help out anyway I can when it comes to income and praise her for being a totally awesome wife and mom.

If you are considering being a SAHP then you have to really think about how you handle the kids day to day as well. If you are currently working 5 days a week and see them from 5-8 pm or for a few hours each night, then think about how well you embrace that time. Do you get fed up easily during that time? Do you need a beer as soon as they start talking? Do you look for ways to get out of the house for a bit? If you do any of those things then do you really think you can spend an entire day from them waking you up to putting them in bed? And then do that every single day for X amount of days? Let’s be honest, you probably couldn’t do it. Or you wouldn’t be good at it.

It took me a good amount of time to develop a routine or a rhythm with my kids. I won’t say that I struggled too bad but there was definitely some adjustments to make on my part. One part was spending, I had always worked full time and mostly bought whatever I wanted. Not whatever but I had hobbies and wouldn’t think twice if I saw a good deal on something. Now I think twice about it… or I just don’t think about it at all. I’ve learned to live a more simple lifestyle and I’m actually much happier to let go of some material things.

When this first all happened, plenty of people in our family were referencing Mr. Mom. I had never seen it so I went and watched it and to a degree, yeah, that’s how it feels at first. You go from working to having to do everything in the house. And if you don’t regularly do choirs around the house then this isn’t the job for you. It’s not just doing laundry or taking the trash out. It’s getting up with kids for school every morning. Breakfast. Making lunches. Taking them if needed. Picking them up. Taking them to whatever after school activities are going on. And then when you are home it’s dishes, laundry, sweeping, cleaning, etc. You’d be surprised by just how little time there is during the day that there isn’t something you could be doing. And then rinse, repeat because kids like to make messes in every. single. room.  If you can’t do the dishes every single day then get the hell out right now because kids find a way to dirty 4 times as many as they actually use. Does it all get old? You bet it does. Some days you just need a break from it. Some days the last thing I ever want to do is wipe the table off but it is part of the job. Definitely do not go into this thinking you are going to be sitting at home all day catching up on shows because it will not happen. You will learn a lot about your kids though. How they work, what they like, their mannerisms that you might miss out on during a regular work day. You get it all. And then you get sick of it. And then you enjoy it again. So yeah, I’d say it isn’t that much different than a normal job except you don’t get paid. There isn’t going to be anyone thanking you or praising you for cleaning the house every day. And there days that you do more than what you think is expected and get no reward because again, it’s part of your job!

That’s probably one of the things that is hardest to adjust to honestly. At least for me. I know I’m doing all the right things for my family and kids every day. But when no one recognizes any of the effort you put into anything it definitely can make you wonder if it is even worth it. Just remember, women are in the same boat. I know when my wife used to be the SAHP I don’t remember complimenting her as much as I now know I should have. But when you aren’t in that perspective it isn’t really something you think about. So any married people reading this with a spouse that stays at home. Be sure to give thanks and appreciation for all that they do so you don’t have to. And remember there is so much they probably do that you don’t even think about!